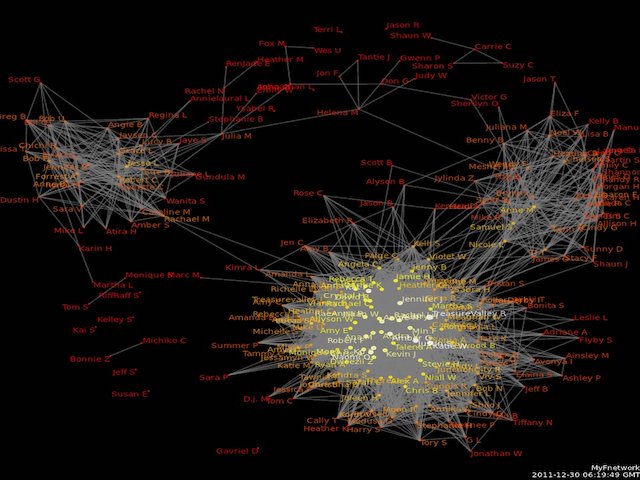 Additionally, Network theory has applications in many areas including:

Social Network is a network wherein there are set of actors, dyadic ties and social interaction between actors. Dyadic ties refers to ties between two people. Social network is a theoretical construct and is useful for the analysis of the network, its analysis is generally set in 3 levels, i.e. Micro, Meso and Macro level of analysis. Meso Level is in between of Micro and Macro level of analysis.

In Micro level, the analysis of the network begins with an individual or a small group of individual while the analysis snowballs as the social interactions or relationships among them are traced.

In Meso level, we try and analyse the relationship or connection between two micro level and macro level groups.

Macro level analysis consists of analyzing the network in a more wider perspective rather than individually tracing through the connection, it tries to reveal a more abstract information than specific information.

Link Analysis is used to analyze the relationship between two distinct nodes, this type of analysis in networks mainly focuses on the links rather than the actors, one tries to find how strongly or weakly connected the two distinct nodes are, what is the value of the link, and how its value changes, Such type of questions are answered with the help of link analysis. One of the important application of link analysis is to find a suspect from multiple actors.

Unlike link analysis, In Centrality measure the main focus is given to the actors and the relative importance of those actors are determined. Centrality Measure is widely used in fields such as sociology.